Richmond is the capital of Virginia, but Virginia Beach, Norfolk, and Chesapeake have higher populations. And as one of America’s oldest cities with an economy dominated by steady but not exactly viral newsworthy sectors like government, finance, law, and banking firms, it may not look like a standout city for real estate investment.

But on closer inspection, its potential for growth and transformation may just surprise you.

Though a city that predates the Revolutionary War, Richmond’s culture is up to date. For example, its restaurants’ modern take on traditional southern cuisine has generated a national buzz around its food scene. Local craft breweries, cider houses, and liquor distilleries have been popping up and thriving.

But we’re real estate investors, not restaurateurs. While we appreciate a good meal, what whets our appetite about Richmond is its multifamily housing market’s growth potential.

Though Richmond’s economy has lost steam as of late, its baseline is stable, and a boost from investment is underway. Its rent growth has been steady, and its affordability opens potential for future rent gains and real estate appreciation.

In this article we’ll uncover why investors should consider Richmond for real estate investment.

Richmond’s economy has been slowing but is still in shape thanks to its steady presence in government, finance, law, and banking firms. And many big businesses call it home.

According to Wikipedia, Richmond has six Fortune 500 companies based in the area, and other Fortune 500 list makers, such as Capital One and McKesson Corporation, have large operations in the city.

Despite these high-profile companies and standby industries, Richmond’s recent job growth has been below average. In Yardi Matrix’s Richmond Goes With the Flow Multifamily Report Spring 2019, they calculated, “Richmond added just 6,500 jobs in the 12 months ending in February for a 0.5% expansion, 120 basis points below the U.S. figure.”

Yardi also noted, “Employment gains have been declining steadily since mid-2018, when the growth rate was in the 1.2% to 1.3% range.”

While it’s true Richmond’s job growth has slowed, there’s a difference between a job market that turns out to be a bubble, with lightning growth followed by an alarming stall or collapse, and this economy, which is backed by stable sectors and experiencing growing pains.

Another factor investors should consider is that Richmond’s moderate 6% tax rate has not been raised in decades. Corporations are unlikely to pull up stakes and head for greener grass. And as a capital city, government and transportation jobs continue to form a solid base.

As Yardi pointed out, “Although employment gains in Richmond–Tidewater started slipping in mid-2018, the multifamily market remained mostly unfazed. Rents were up 3.4% year-over-year as of March, outperforming the national average.”

Landlords have been finding tenants for available properties. Yardi said, “…occupancy in stabilized properties actually inched up 10 basis points over 12 months, to 95.0% as of February.” They elaborated by explaining, “Short-term variations aside, this increase reflects that rental demand remained relatively healthy, driving the need for units going forward.”

But a slowing job market may affect rents. Yardi predicted, “The recent slide in overall job creation will likely put a dent in Richmond’s recent run of growth.”

New supply can also limit rent gains. Yardi noted that 2,520 units were expected to come online in Richmond in 2019, which, in their opinion, would partially affect rent growth when they consider the decelerating job market.

The bottom line for real estate investors is, job growth and supply considered, rent values have been rising at a healthy pace. Yardi expected the average Richmond rent to advance 2.3% in 2019, and we predict 2020 will bring solid gains.

Significant investment dollars have been flowing into Richmond, expected to jolt the economy and create jobs.

Yardi said, “Although employment growth took a hit, the area has no shortage of large developments, including major infrastructure plans.”

Yardi went on to highlight a $3.3 billion Hampton Roads Bridge-Tunnel expansion, which is the largest construction project in the Virginia Department of Transportation’s history, set for completion in 2025.

Another project is the City and NH District Corp.’s plans to continue to negotiate a $1.4 billion proposal to redevelop the Richmond Coliseum area, which includes a new arena, over 3,000 rental units, a high-rise hotel, and ~1 million square feet of office and retail space. This project, according to the Richmond Mayor, Levar Stoney, is expected to generate 21,000 jobs.

With investment rolling in, Richmond is primed for economic expansion. And as job creation has a knock-on effect on rental demand, this investment is likely to raise rental rates and lift real estate prices.

Potential for rent gains and appreciation

Considered an affordable city, rent and property values in Richmond have yet to hit their ceiling.

As Yardi noted, “…the market remains a relatively affordable alternative to nearby Northern Virginia and the wider D.C. area.”

Yardi also calculated that the median home value in Richmond made a 19% improvement since 2011. Yet despite home prices rising, affordability hasn’t changed thanks to wage growth. As Yardi pointed out, “However, Richmond wage increases managed to keep up, maintaining affordability levels.”

Rather than a market that’s tapped out, where renters and homeowners are paying the maximum they can afford, the lower prices in Richmond leave room for landlords to raise rates in the future, bringing investor profits from these rent gains or real estate appreciation.

While Richmond’s job growth has slowed, its baseline industries are stable and long-running. Housing demand remains strong, and incoming investment is stepping in to help the economy pick up the pace.

With job creation possibilities and Richmond’s status as an affordable alternative to high-priced neighboring cities, we like the potential in Richmond for rent gains and property appreciation when this plan comes together. 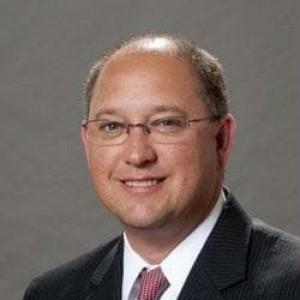 Investing in student housing can seem like a shortcut compared to other classes of commercial real estate or multifamily investments. Before purchasing a share of